There’s a quiet revolution happening in the Scottish Whisky Industry. Traditionally whisky was seen as a drink more suited for men, to pair with cigars and musty dinner jackets. However, in recent years there has been a shift. Whisky is becoming fashionable again, and a large part of that is due to more women entering the industry, bringing fresh ideas and innovation. At K&N Travel we often include whisky tours and experiences in our Scottish Incentives, so thought we ought to introduce you to some of the leading women in whisky today. 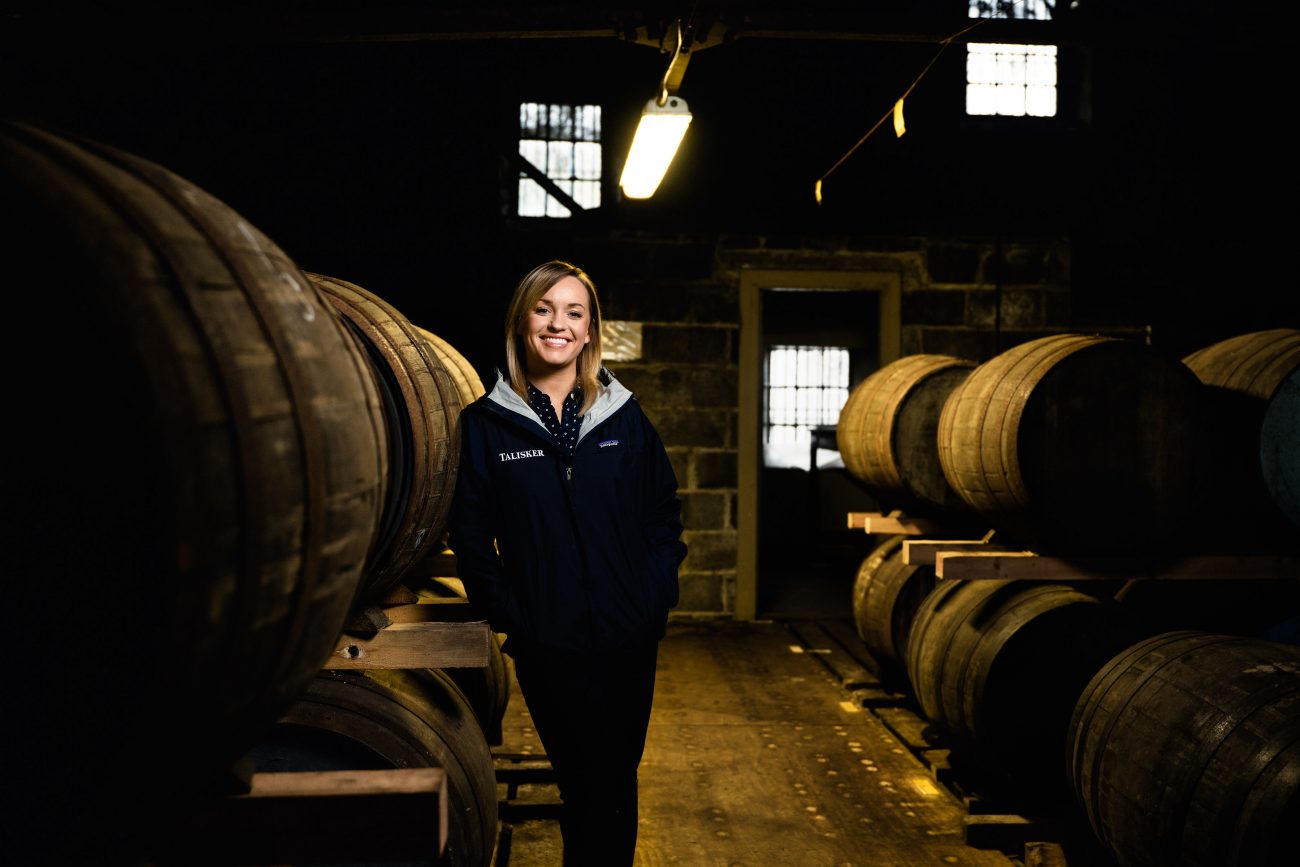 The All Female Team

Talisker is one of the most famous Scottish whiskies, with its distillery on the beautiful and remote Isle of Skye.
Founded in 1830, the distillery now welcomes 75,000 to 90,000 visitors a year, which contributes phenomenally to the economy of the island. But what else makes this distillery stand out you ask?
It’s run by an all-female management team. Find out more in their video here.

“It’s very rare to have an all-female team in the malt distillery industry so I’m extremely proud of the fact that I’ve got an all-female management team.” Diane Farrell, Senior Site Manager, Talisker Distillery

The Rare Malt Whisky Company was founded by Lesley Henderson 5 years ago. A young, Scottish whisky enthusiast, Lesley started her career at a world class whisky distillery. However, after four years, she decided to try something new and so she started her own business sourcing and selling rare whisky from distilleries around Scotland. Every single bottle they sell to customers is in some way significant: whether it’s a single cask edition or a one-time release bottling.
Looking for an extra special gift for someone? Support female entrepreneurship and check out the Rare Malt Whisky Website.

The Keeper of the Quaich

There is a society which recognises extraordinary people with outstanding achievements in the world of Scotch Whisky. Every year The Keepers of the Quaich invite new members from around the world to take up the title ‘Keeper of the Quaich.’ Even rarer is the title ‘Master of the Quaich’: the society selects only a few outstanding individuals for this each year. To qualify they have to have been a Keeper for at least 10 years and made outstanding contributions to the world of Scotch Whisky. One of those individuals is Susan Morrison, who is also CEO of the Scotch Whisky Experience. Susan is one of only a handful female Masters of the Quaich but already is making waves. In an interview in the Scotsman she talks about the positive change in the whisky trade, with more women involved, and a younger demographic of buyers coming onto the scene: “The whisky industry is moving away from being seen as an old person’s drink […] Our biggest demographic for guests now is 25 to 35-year-olds, which is amazing.”

In August 2018, Kelsey McKechnie (then 26) became the Apprentice Malt Master at Balvenie Distillery. This appointment means that she is one of the youngest women in the world to hold this title. Her apprenticeship will teach her to identify whisky trends so that she can innovate and shape the future of whisky drinking, while ensuring the distillery keeps producing expressions that Balvenie drinkers will love.

What is a Cooper you ask? Coopers are skilled in the ancient craft of creating oak casks for the maturation of Scotch whisky. Angela Cochrane and Kirsty Olychick are in their first year as Coopering Apprentices. They are 2 of 16 apprentices undertaking a 4 year course run by whisky giant Diageo (owner of Talisker Distillery previously mentioned).
This year Diageo celebrated its commitment to employing women in every part of its business in Scotland. From senior management roles, to master blenders, to experts in coppersmith and coopering. Cheers to that!

Any cookies that may not be particularly necessary for the website to function and is used specifically to collect user personal data via analytics, ads, other embedded contents are termed as non-necessary cookies. It is mandatory to procure user consent prior to running these cookies on your website.